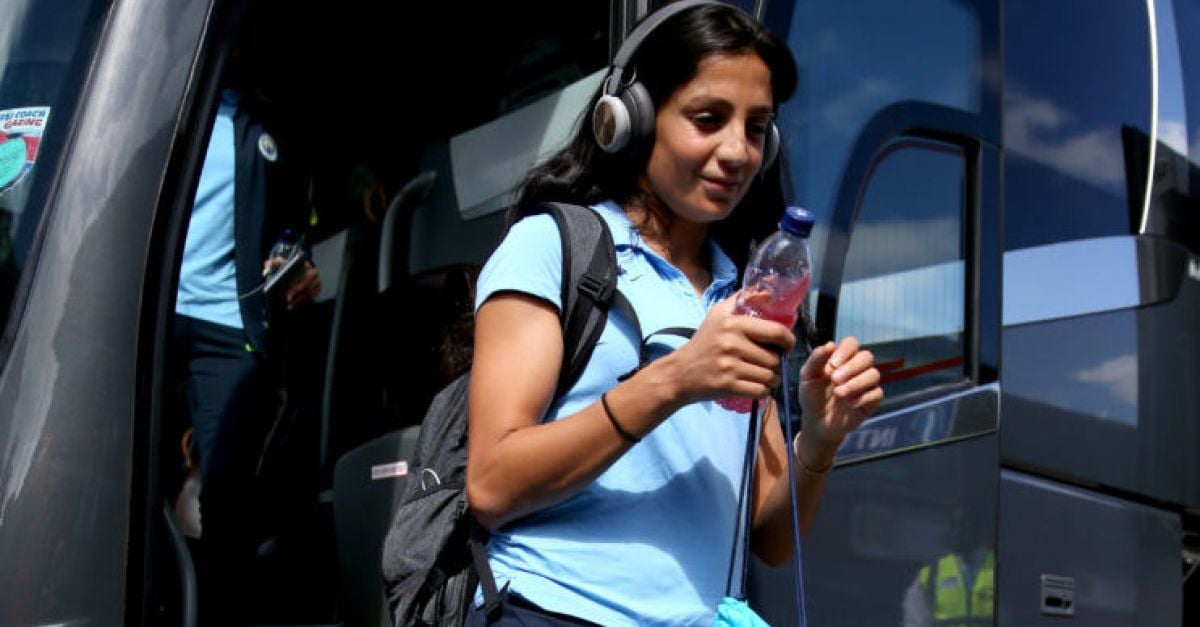 World Cup TV pundit Nadia Nadim has revealed she was forced off-air on Tuesday after learning that her mother had been hit by a truck and killed.

Former Manchester City forward Nadim was part of ITV’s coverage of the goalless draw between Denmark and Tunisia that afternoon.

But the 34-year-old Denmark international was absent from the panel at the final whistle, with host Mark Pougatch telling viewers that she had been forced to leave.

On Wednesday, Nadim revealed the tragic news on Twitter.

She said: “(On) Tuesday morning my mother was killed by a truck. She was on her way back from the gym.

“Words cannot describe what I’m feeling. I have lost the most important person in my life and it happened so sudden and unexpected. She was only 57.

“She was a warrior who had fought for every inch of her life.

“She didn’t give me life once but twice, and everything I/we are is because of her.

“I have lost my home and I know nothing’s gonna ever feel the same. Life is unfair and I don’t understand why her and why this way. I love you and I will see you again.”

An ITV spokesman said: “Everyone at ITV, those working with Nadia in Qatar, and the wider company, is deeply shocked and saddened by this tragic news.

“We have offered Nadia our support and our thoughts are with her and those closest to her at this incredibly difficult time.”